All, behind the scene, employee gift

When I worked in sales, I used to win sales contests all the time. While receiving the employee recognition award, I wondered about all the other employees in the company who were working behind the scenes: those who processed my orders, those who built the items, and those who packaged them. There are many good recognition programs which give incentives to top performers, but how do companies show appreciation to hardworking employees who are not considered the stars of the show?

I think sometimes we might not fully realize the true value of those who are not the salespeople or the leader. Sales does drive the jobs of the rest of the company, but, without other employees, they wouldn’t have anything to sell.

Although all of us at NPC build relationships, my main responsibility is to be a relationship builder (which I LOVE). However, without those behind me writing proposals, working on the website, maintaining social media accounts, photographing our products, sweeping the workshop, and building and designing the gifts that we sell, I would not be able to execute our company's vision.

When people don't feel valued or appreciated at work, they are not motivated to stick with the company and do their best work. Seventy-nine percent of people who leave voluntarily from their positions cite a lack of appreciation as one of the prime reasons that they leave, not a lack of compensation. Thus, the difference between employee recognition and employee appreciation is vital. Recognition is about quantitative performance, whereas true appreciation is about the person behind the work.

Appreciation is spontaneous celebration that can be shown in many different ways. It doesn't have to be top down. Appreciation can be between any two people regardless of position. It's a high-five when a project is done or when a problem is solved. For some people, appreciation is shown through words. For others, they feel valued when people important to them spend time with them or do a favor for them. Sometimes, it's financial reward or even a tangible gift, whether big or small. This gift can be something that shows that you're getting to know them and what they like. For example, it could be their favorite coffee or maybe a magazine about their favorite sports team.

In February of this year, I was in a terrible cycling accident when I was hit by a distracted driver while on my bike and almost lost my life. (Read about it in our previous blog post.) I was off the bike for several months and was sad about the possibility of losing my fitness. I was afraid to get back on the bike, but I did not want to give up cycling. So I enrolled in an advanced cycling spin class. The class was moving at lightning speed, and I could barely turn the wheel when I first started. But I decided to only focus on moving forward and not on what others were doing. 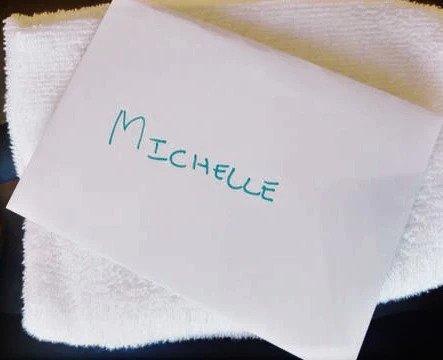 There were two instructors especially who were just awesome and worked with me to regain my strength: Jamie and Matt from SoulCycle in Newport. They got me through those very tough physical therapy and recovery months. But as my body healed, I was getting better and faster. Now, thanks to these two instructors, I am back on a new road bike.

Recently, I went back to my SoulCycle class, and, I noticed a note with my name on it on the bike I had picked for the class. I actually teared up because it said, "Congratulations, you have done 50 rides and we are so proud of you." They have no idea how much those words meant to me, especially since I was just about ready to ride in my first century since the accident. Small things do matter!

HOW CAN YOU SHOW APPRECIATION TO THOSE WHO WORK FOR YOU?

If your employees/staff feel appreciated and loved, your business will thrive.

This is where NPC can help you shine. We love customizing gifts for 100, 1000 or even just one person. Whatever your situation, appreciation is key!

Note: You can opt-out at any time.

Do you want to get notifications from this site?