If your parents or guardians did not teach you to dream, let me.

Whether or not I have ever mastered or achieved my dream, let me encourage you to do so. Dream and dream big!

Growing up, my parents were not dreamers, but I was a dreamer as a child, a teenager, and an adult. There are definitely plenty of naysayers, but I am still a dreamer. It won’t ever change, and I have always encouraged my own children to be dreamers as well.

I dreamed of becoming a judge since as long as I can remember, and so in college I headed into the direction of law school. After being accepted and taking my first set of exams, my professor called me in and said, "Michelle, I think you have a problem. I think you have a learning disability," to which I promptly replied, "No, I graduated with a BS in Criminal Justice with a 3.87 GPA, and I did well in high school." He asked me to read the blue book that I wrote in for my exams, and I thought, "Who wrote that?" It was terrible and made no sense whatsoever. He asked if I would reconsider testing with a doctor who specialized in learning disabilities if I had this same problem in the next testing period. I agreed and then set out to prove him wrong. I studied like never before, but sure enough, the same thing happened during the next test.

So I went to the doctor he recommended. After many hours of testing, the results came back. At age 34, I was diagnosed with a genius IQ but the reading comprehension of a 14 year old. He said I had the neurological disorders called dysgraphia and dyslexia. Dysgraphia is a deficiency in the ability to write, regardless of the ability to read, not due to intellectual impairment. Dyslexia is a neurological disorder that includes poor word reading, word decoding, oral reading fluency, and spelling. Children with dyslexia may have impaired orthographic and phonological coding, rapid automatic naming and focused, switching, and/or sustained attention, similar to ADHD. I was not able to tell time or multiply until age 11. My parents had never noticed, but what they did notice was my study habits. I worked very hard, was up early, and stayed up late until I accomplished a paper or math project or graduated.

Even though I had received a diagnosis, I would not let this small problem stop me but began to really work on writing, understanding and retraining myself to think differently. I learned to combat my inability to focus by using reminders to prioritize, feed my focus, starve my distractions and follow a systematic morning routine. What a normal person can learn in a specific amount of time takes me about 5 times longer as well as repeating what I am learning over and over until I master it.

Although I worked hard, I ended up flunking out of that school with a C and lost a huge dream (or so I thought). I ended up going back to grad school for a Master's in International Business where I flourished, except for budgeting finance and statistics. I memorized everything to pass these classes, which I ended up passing even though I did not understand the concepts. To this day, I have to work very hard to understand budgeting and all the excel lines. However, reading has been my saving grace. I read everything I can to grow, change and be inspired, especially other stories of those who have walked through difficulty.

When I was young, I also had a dream of marriage to the same person for the rest of my life. But my first marriage ended in divorce, hurting my children and teaching me a great lesson in regret. This experience taught me to work hard and not give up when the going gets tough.

I remarried six years later and immediately went from having three children of my own to seven children between both my husband and I. After eleven years of marriage, my husband passed away from malignant melanoma, which was very difficult to walk through and sadly ended another marriage because of death. Another dream was lost, but during our marriage, I earned a MA in Counseling and started a non-profit food pantry. These were never a part of my original dreams, but I loved them both passionately and ended up having to close both down a year after my husband passed away.

One year later, my dreams began to change. I desired to become a life/grief coach for widows and start a gift business. Now I get to watch my new dreams coming true. 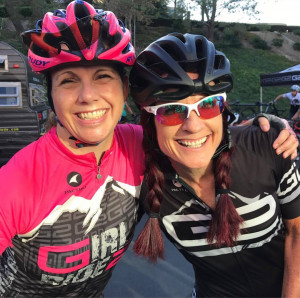 After my husband passed away, I also became an avid cyclist. This past year, I completed a dream of riding in the French Alps, which was fantastic. But just 4 weeks ago, I almost lost my life in a horrific bike accident when a distracted driver hit me from behind.

This is a photo of my bicycle which was broken into several pieces. Thank the Lord that I am alive, recovering and have a new dream to ride in Italy next year. I have a few new fears to work through, but, trust me, work through them I will.

Throughout your life, new dreams can come up and old dreams can pass away. Be flexible enough to flow with those dreams despite what might happen or the challenges you may face. My vision board has changed over the years; old dreams came down, and new ones came up. But what has not changed is the fact that I dream. That remains.

Even if life takes you places you did not plan to go, dreams can change, so write them down and don’t stop believing in your dreams ever! They will help you through the tough times.

PS. I would have been a terrible judge/lawyer because I am a bleeding heart!

Note: You can opt-out at any time.

Do you want to get notifications from this site?